Work has begun on widening one of the busiest highways in Wisconsin.

The I-43 North-South Freeway provides a link in the southeastern section of the state between the Milwaukee area, Chicago and Green Bay. The 50-year-old freeway has exceeded its design life, says the Wisconsin Department of Transportation.

The project, estimated to cost $551.3 million, involves widening 14 miles from four to six lanes between Glendale and Grafton in Milwaukee and Ozaukee counties. Other planned improvements include reconstructing five interchanges and replacing a railroad bridge over the freeway in Glendale.

Along with alleviating congestion, the project is designed to address pavement and structural needs, safety issues, bridge clearances, driver visibility and merging and weaving distances.

Work zone preparations began last month. Construction is scheduled to be completed in 2024, according to WisDOT. 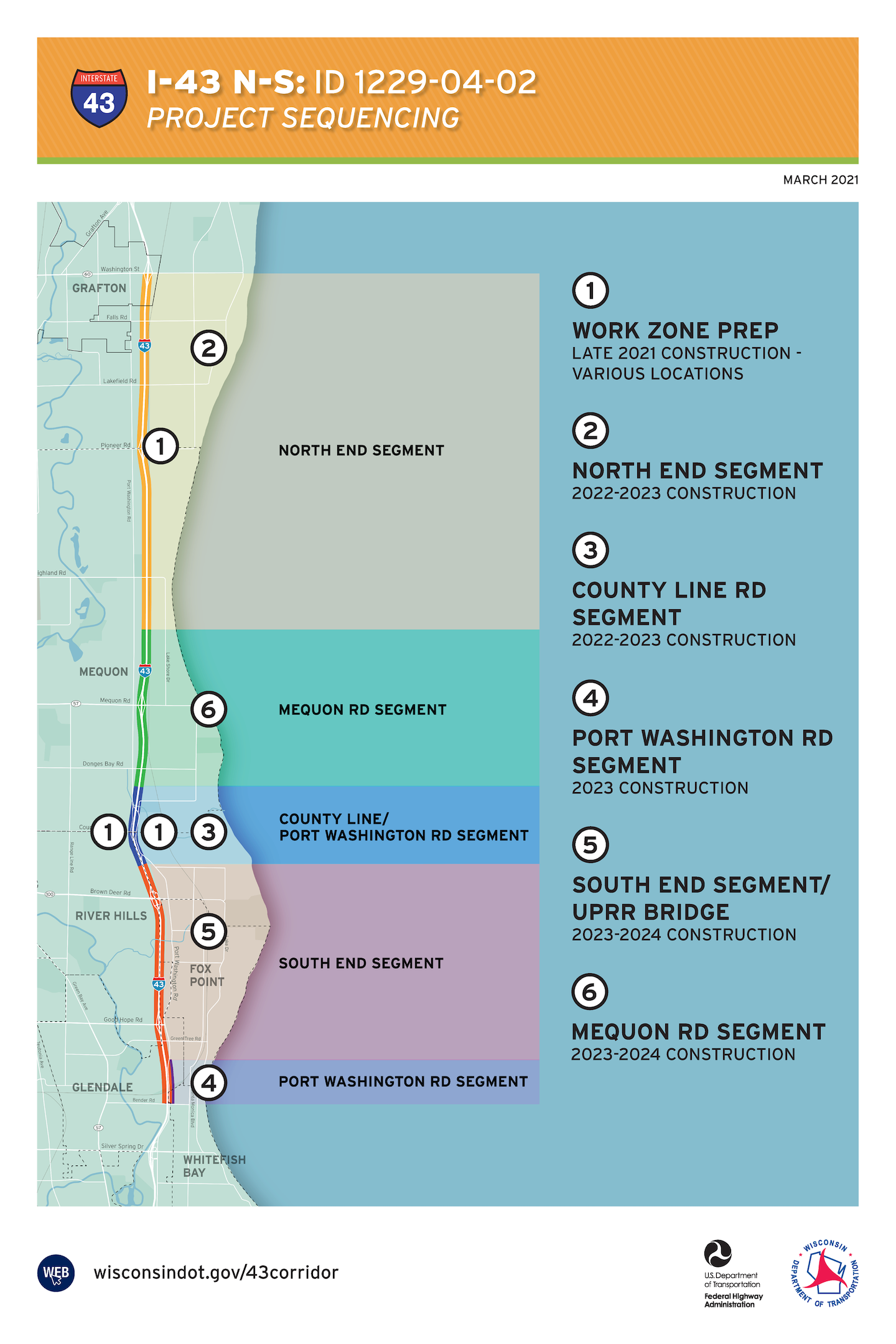 A map and schedule of the I-43 North-South Freeway expansion project, in which work zone preparation began in August.Wisconsin DOT