JCB has expanded its X Series of excavators with the reduced tailswing 28-ton 245XR while maintaining the lineup’s spacious cab.

Between 2018 and 2019, JCB rolled out five X Series excavators. But Tim Burnhope, chief innovation and growth officer, said there was still something missing in the line. As infrastructure needs and funding have grown, more contractors are finding themselves on tighter jobsites.

“We needed to complement our existing conventional tailswing models with a reduced tailswing model, a machine that could [operate] safely in urban settings, on utilities jobsites and on road construction projects,” Burnhope says.

That led JCB to develop the 5-foot 8-inch tailswing model, which has 40% less tail swing than its sister model the 220X. At 28 tons, the 245XR weighs 2 tons more than the 220X. JCB says it gave the 245XR an extra 2 tons of counterweight, and it recessed the counterweight to protect the rear end from impact damage.

JCB designed the reduced-tailswing 245XR excavator for such tasks as roadwork beside traffic.JCBThe next challenge was to reduce tail swing without sacrificing any space for the series’ standard Command Plus cab. JCB reports that the operator station is the same size as the 220X at 39 inches wide and 100 cubic feet of volume, delivering what it calls “minimum swing with maximum space.”

To achieve the same performance, the company developed what it calls its strongest ever boom. The standard boom is composed of one piece for strength and lighter weight, according to Burnhope. A triple-articulated boom is optional.

A dipper-arm choice of 94 or 118 inches is offered. Dig reach with the mono boom is 31 feet and dig depth is 22 feet. The turntable rated at 26 tons is designed to increase digging force while distributing the force throughout the undercarriage, says Adrian Hall, heavy excavators product general manager.

The 245XR is equipped with heavy-duty track pads of 600 to 900 millimeters for “exceptional stability,” Burnhope says. A dozer blade is optional. 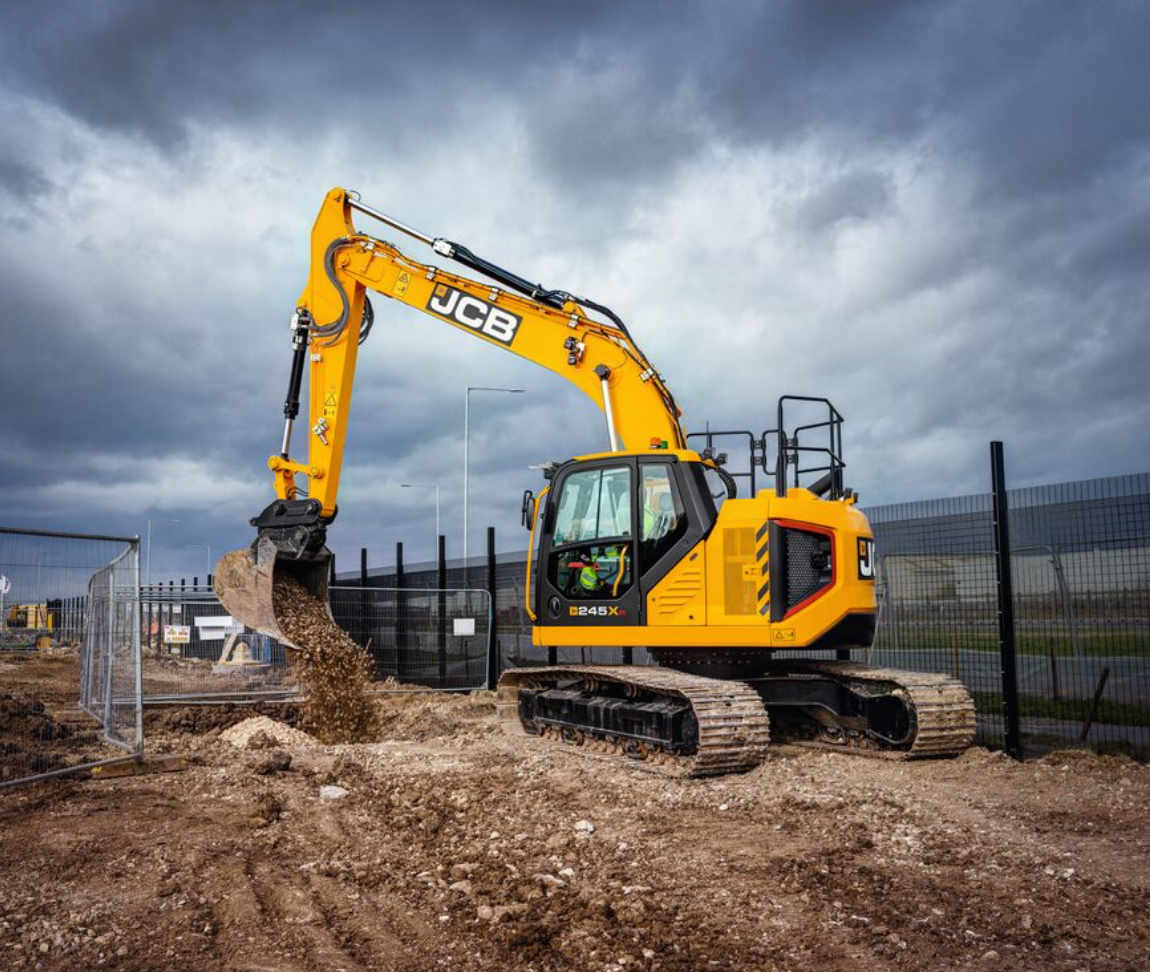 The JCB 245XR excavator’s dig reach with the mono boom is 31 feet and dig depth is 22 feet.JCBThe new excavator – along with all of the five other models in the X Series – gets a new JCB Stage V engine. Stage V is the new European emissions standard. The 245XR runs on a 172-horsepower JCB 448 diesel engine. Stage V and Tier 4 Finals emissions standards are achieved by selective catalytic reduction, diesel particulate filter and diesel oxidation catalyst.

The engines now also feature auto-stop and auto-idle as standard to reduce fuel consumption and emissions when not in use.

JCB designed the excavator’s hydraulics for precise, smooth movement. The system features the latest Kawasaki pumps and Kayaba main control valve. The diameter of the hydraulic hose has been increased to improve hydraulic flow for increased performance and efficiency, Burnhope says. 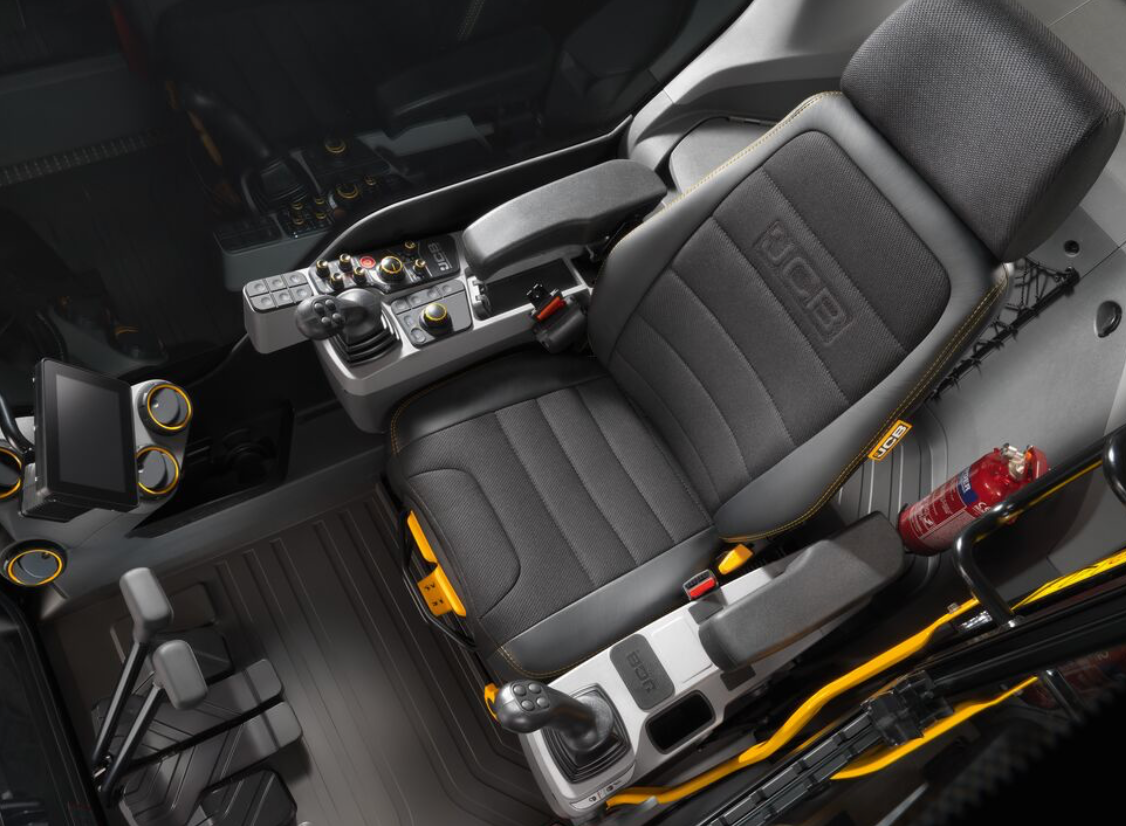 JCB kept the same Command Plus cab on its other five X Series excavators on the reduced-tailswing 245XR.JCBThe full-size Command Plus cab is equipped with a variety of seat choices, including one with built-in heating and cooling and electric lumbar support. Standard cab features include rear and side cameras, heating and air, and Bluetooth integrated into the 7-inch control screen. The cab has double cushion viscous mounts to reduce vibration, and interior noise to 69 decibels. The joystick and switch controls are mounted to the seat and move with the operator.

JCB also placed the 245XR’s main service points in one ground-level compartment that is accessed by a large swing door. The company increased service intervals to 2,000 hours for air and hydraulic filters, and to 500 hours for engine oil.