Add On When Needed: Panasonic 2-in-1 Toughbook G2 Built for the Future

Panasonic continues its year of Toughbook introductions, this time with an eye toward users who not only want the option of a keyboard but also future-proof technology.

A keyboard is only the first of the options on the G2 fully rugged 2-in-1 detachable tablet. There are several add-ons expansion packs or what Panasonic calls xPaks that give the unit functions such as a serial port, thermal camera, barcode reader and a quick-release SSD hard drive. Owners can add this functionality in three modular expansion areas whenever needed since the xPaks are user installed and removed. 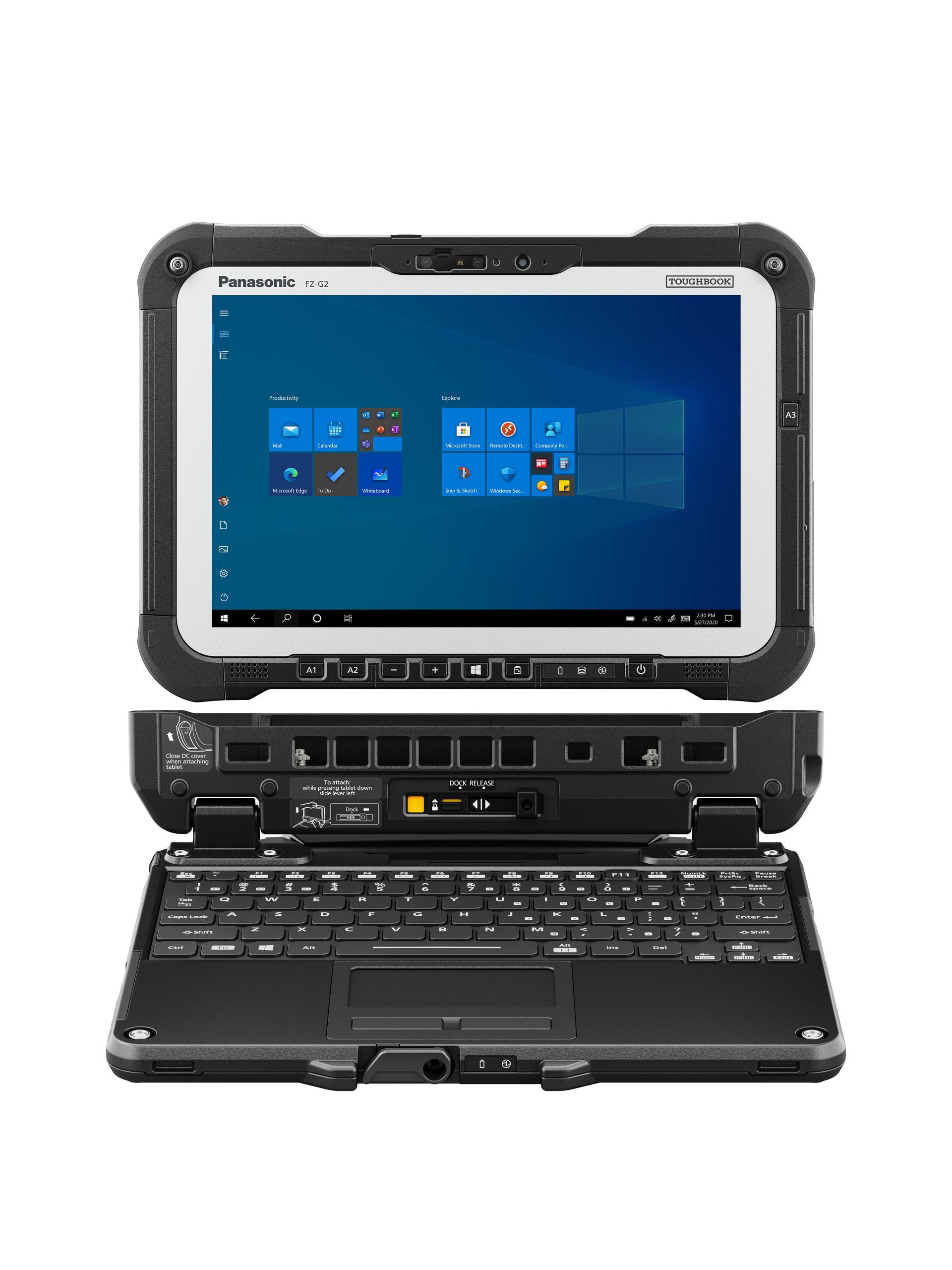 The Panasonic Toughbook G2 can be operated solely in tablet form or be paired with a keyboard.Panasonic“No other table has this modular expansion pack approach,” Anthony Mungiello, Toughbook senior product manager, tells Equipment World. “You can get a total of 36 combinations between the three expansion areas. This gives people flexibility, helps future proof the G2, and they can add any of these xPaks at any time.” Contractors can also share xPaks among several users.

The G2’s 10.1-inch display is available with Windows 10 Pro; the unit has an 18.5-hour battery life. It also has three programmable buttons to quickly access commonly used applications or shortcuts. Working in landscape mode, one of the programmable buttons is located on the right-hand side of the tablet, making it easy to use as a camera or scanner.

“If you have a barcode scanner, for example, you can program one of your buttons to immediately go to the scanner,” Mungiello says.

“We know there are thousands of devices out there that are mounted in work vehicles, and being able to reuse those docking stations is a huge cost savings,” says Alex Nollmann, Panasonic’s director of public sector.

The G2’s heat management should be of particular interest to contractors, Nollmann says. “It can easily be in direct sunlight on a hot day. The device handles extreme heat.” Panasonic’s use of thermal piping keeps the processor from overheating and does not impact the integrity of the unit, he says.

Contractors might also be attracted to the G2’s screen brightness – or lack thereof. “We’ve been known for years for having extremely bright screens, but it’s also becoming more important to have dim screens as crews work at night,” Nollmann says. “You don’t want a 1,000-nit screen affecting their night vision on the side of the road.”

The G2 can go down to 2 nits, which almost appears as a black screen except in a complete blackout environment. More important, it has a night vision mode that turns the screen a red hue, taking out the whites and blues, enabling users to look at the screen and then at the surrounding environment without losing night vision. Users can activate this feature manually or have it come on automatically as it senses ambient light.

“Dual SIM (physical and eSIM) is actually innovative in the rugged space,” Mungiello says. Using eSIM, users can easily install SIMs on multiple units, and they don’t have to worry about the SIM card coming loose in a vibration-intense environment.

Did you miss our previous article…
https://www.neiloganconstruction.com/?p=80